Located in the southern side of Hong Kong Island, Hong Kong Ocean Park is one of the oldest theme parks in Hong Kong. It does not only exhibit thrill rides and shows, but also features animal exhibits. For only HKD345 or approximately PHP2,415 , you can enjoy yourself with the park’s amenities. You can purchase your tickets via their website www.oceanpark.com or to authorized agencies.

How to get there:

The theme park is divided into two areas: The Waterfront and The Summit. You can travel from one area to the other by riding Cable Car or Ocean Express funicular train.

Cable Car is a great way to travel between the Waterfront and Summit. With Ocean Park attractions located on two different sides of a mountain and wide swaths of sea in between, riding the Cable Car provides unprecedented views of the surrounding area, the sea, and the entire park. 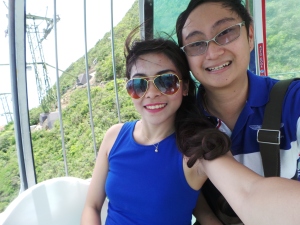 Ocean Express is the quickest and smoothest way to travel from Ocean Park’s Waterfront to the Summit. It is like riding an MTR from one station to the next. The Ocean Express funicular train shuttles guests between the Park’s two main lands in just 4 minutes.

When arriving in Ocean Park, this is the first area you will pass. Here you can see the Grand Aquarium, Waterfront Plaza and the Old Hong Kong. Shown in the picture below is a great fountain called the Symblo where waterworks are shown every night. 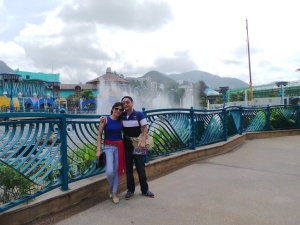 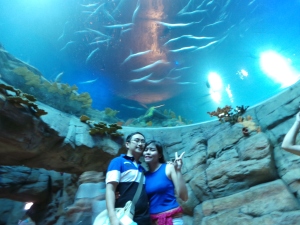 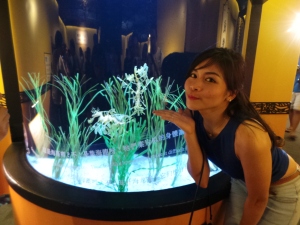 Get to witness cute bubbly pandas in the Hong Kong Jockey Club, Panda Village and Giant Panda Adventures. You will also get to see the Gator Marsh, where alligators freely live and the Goldfish treasures where a hundred of gold fishes are exhibited. 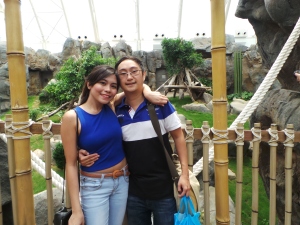 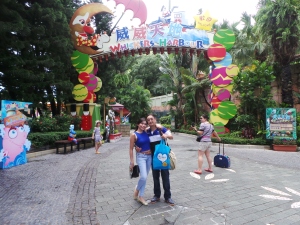 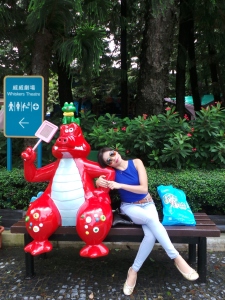 The Summit is a bit wider area as it covers five sub-areas: Marine World, Polar Adventure, Adventure Land, Thrill Mountain and Rainforest. This is also the area wherein thrill rides and several shows are held.

Marine World has so many activities and attractions. One of the best and must-see show here is the Ocean Theatre. This is where dolphins and sea lions present their talents and abilities. Make sure to check their show schedule for you not to miss it. Other sea creatures are also exhibited in the Marine World: Chinese Sturgeon Aquarium, Pacific Pier, Sea Jelly Spectacular and the newest addition the Shark Mystique. Marine World does not only showcase marine mamals but this is where thrill rides can be found. Ocean Park tower, The Abyss, Crazy Galleon, The Dragon, The Eagle, The Ferris Wheel and the Flying Swing can be tried in this area.

As the name suggests, this is the area wherein you will encounter north and south poles. One of its attractions is the South Pole Spectacular wherein you get to see  over 70 penguins from three species, including king penguins, the world’s second largest penguin,  southern rockhopper penguins, one of the tiniest penguins on Earth and  gentoo penguins, which sport unusual coloured eye markings. Can you just imagine seeing the Happy Feet live? 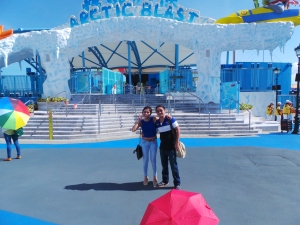 Hair Raiser is the most unique roller coaster ride in Ocean Park. Why? As The Hair Raiser is literally floorless, which made it a more exciting ride than ever before. Whirly Bird, Bumper Blaster, Rev Booster and the Flash are other attractions that can be found here.

Two adventures are available in this land: the Mine Train and the Raging River.

There is only one ride you can try here which is the Raging River. Prepare your raincoats or get ready to be wet.

For other details regarding Ocean park. You can visit their site: www.oceanpark.com.hk .